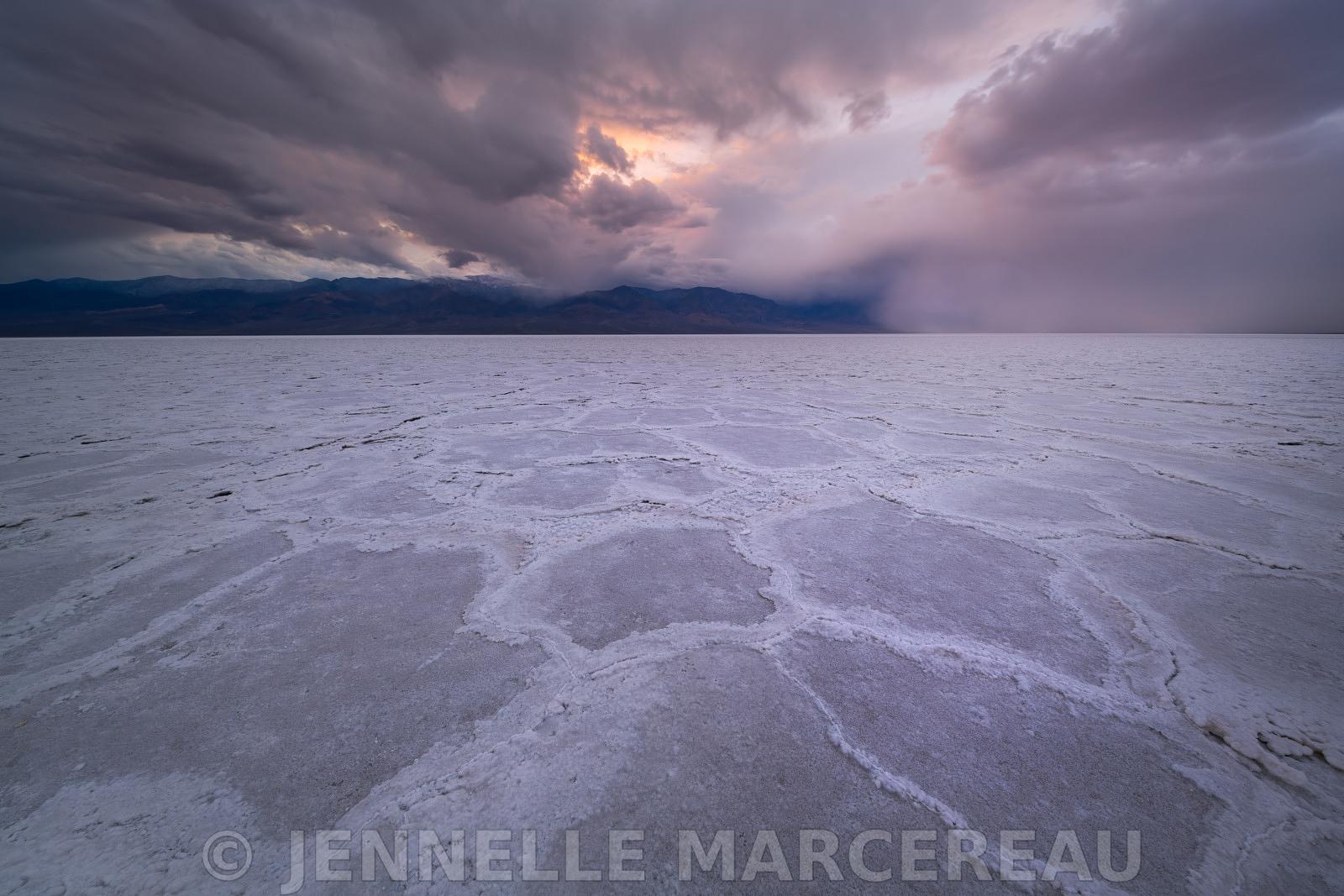 Edge of the Storm

Badwater basin consists of a small spring-fed pool of "bad water" next to the road in a sink; the accumulated salts of the surrounding basin make it undrinkable, thus giving it the name. The pool does have animal and plant life, including pickleweed, aquatic insects, and the Badwater snail.

Adjacent to the pool, where water is not always present at the surface, repeated freeze–thaw and evaporation cycles gradually push the thin salt crust into hexagonal honeycomb shapes. 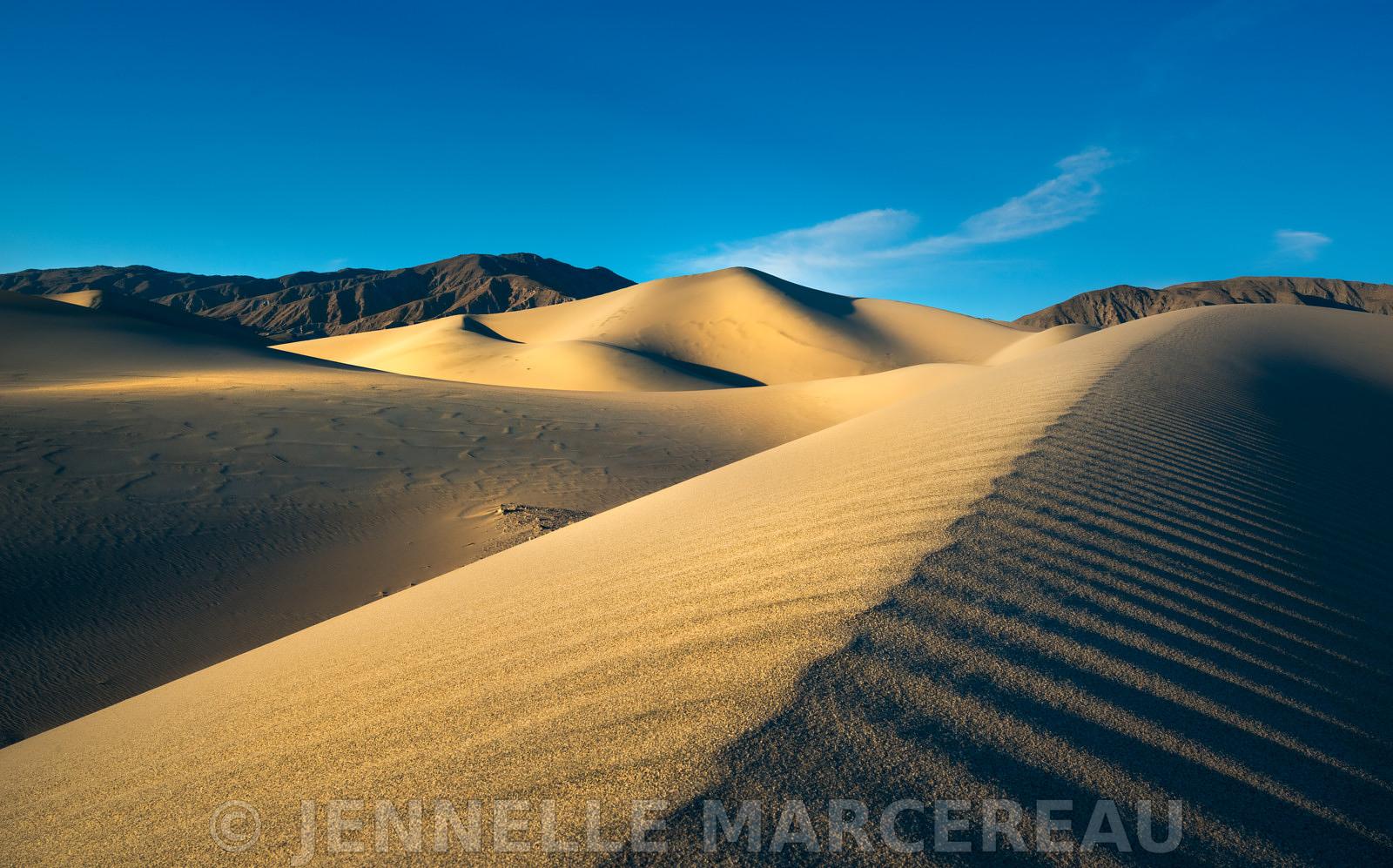