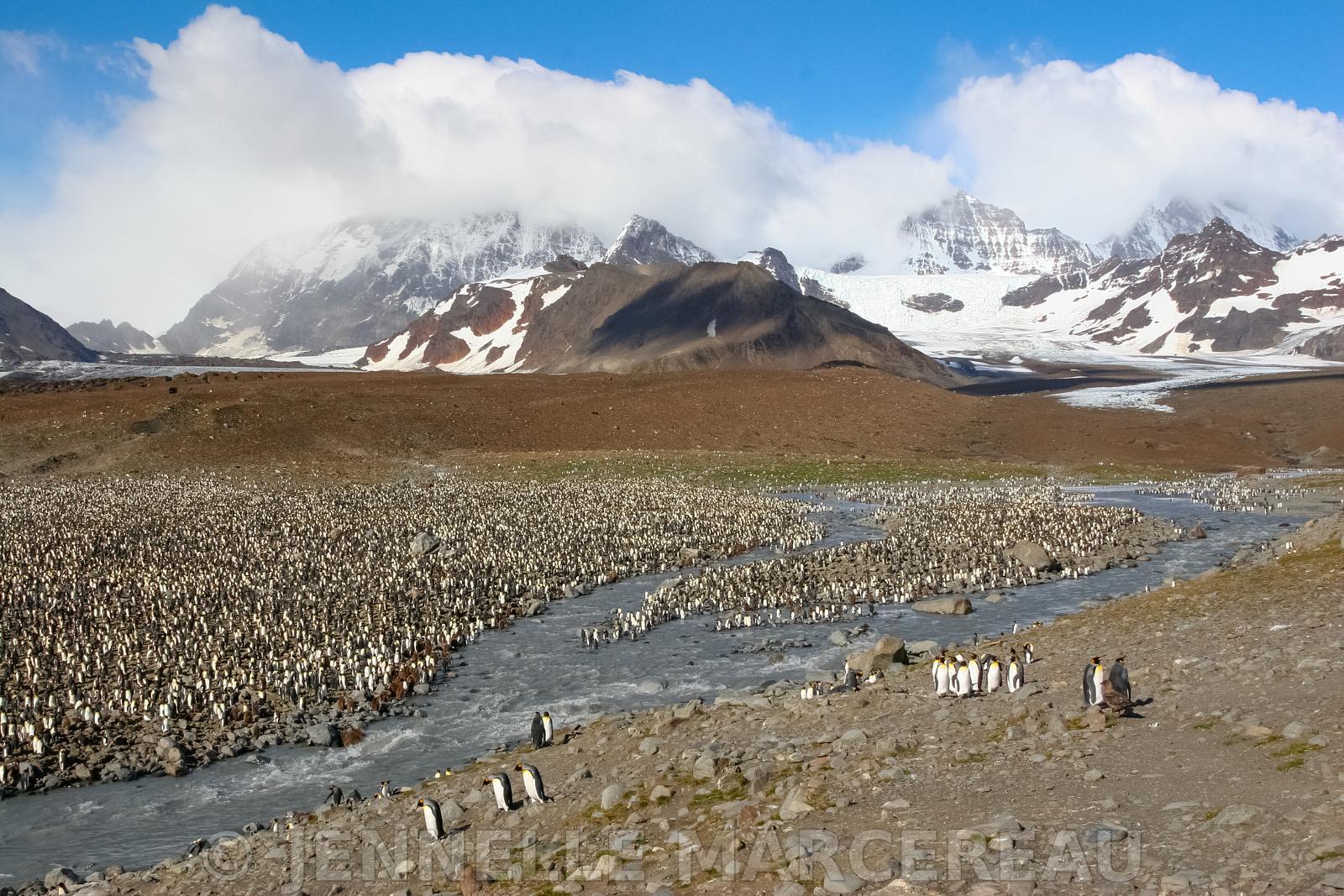 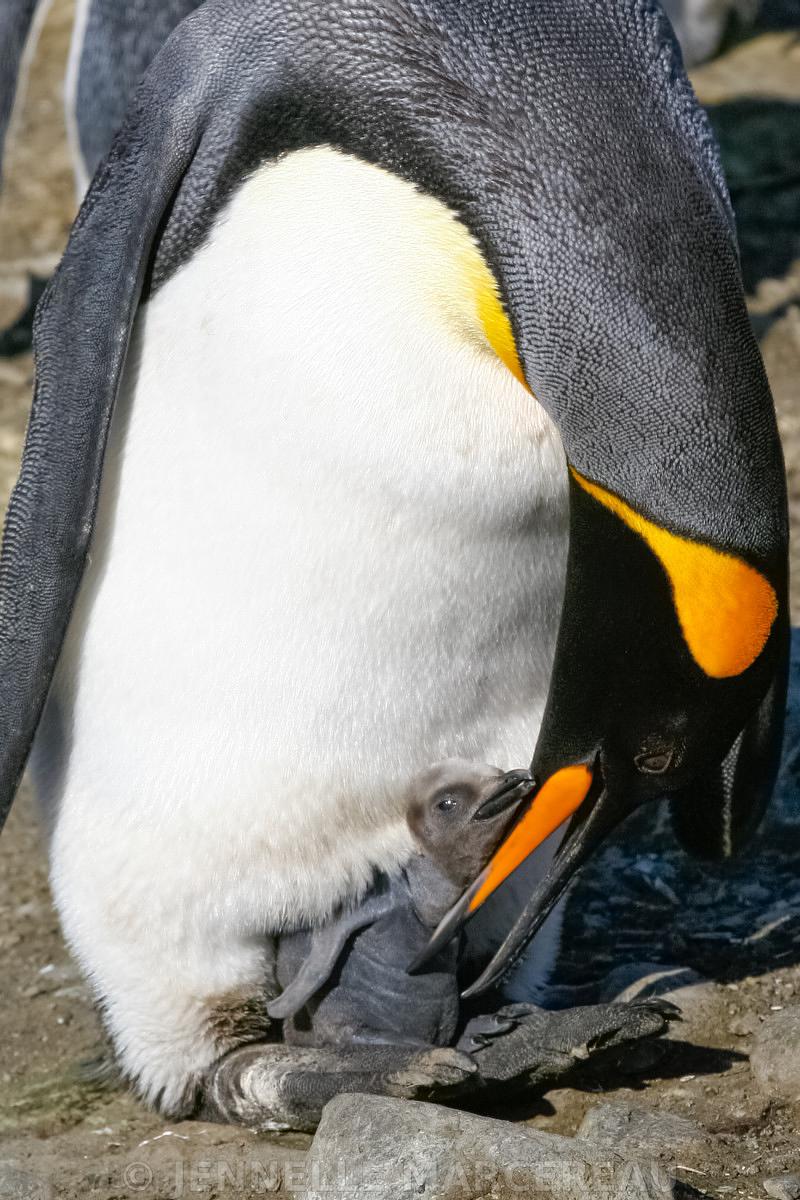 Male and female King penguins share duties in raising their young.
They are serially monogamous and mate once per season and take turns incubating the egg 1 to 2 weeks each, while the other hunts. The King Penguin does not make any nests; they carry their egg around at all times on the top of their feet! This phase lasts up to 40 days, and the egg hatches between 50-60 days at which time the parents continue taking turns keeping the chick warm while the other goes off to hunt.

The chick joins other chicks in its own sub-community called a crèche and will use each other for warmth to keep from being singled out by predators while they grow their feathers. Once a young King Penguin leaves the colony it will not return until maturity at least 3 years later.
St. Andrews Bay, South Georgia Island, Antarctica
Author: Jennelle Marcereau
©Jennelle Marcereau
Photo size: 2.7 Mpixels (7.69 MB uncompressed) - 1339x2008 pixels (4.4x6.6 in / 11.3x17.0 cm at 300 ppi)
Photo keywords: Antarctica, Aptenodytes patagonicus, King Penguin Colony, King Penguins, South Georgia Island, St. Andrews Bay 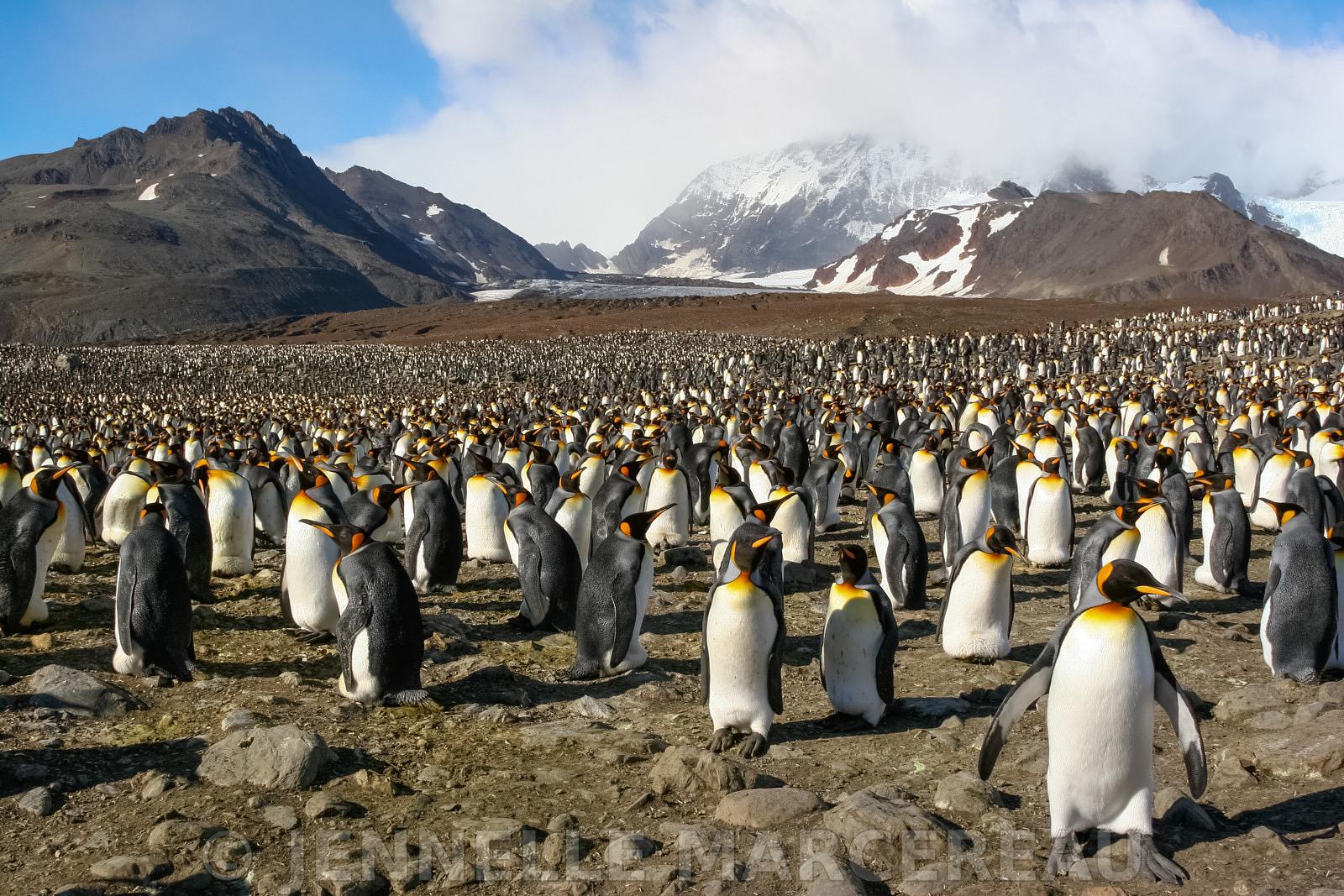